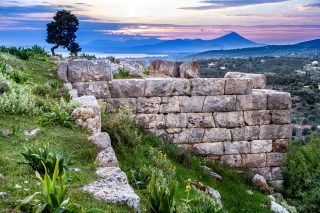 The history of the island of Euboea is largely that of its two major cities, Chalcis and Eretria, both mentioned in the Catalogue of Ships. Both cities were established by Ionian Greeks from Attica, and would ultimately settle numerous colonies in Magna Graecia and Sicily, such as Cumae and Rhegium, and on the coast of Macedonia. This opened new trade routes to the Greeks, and extended the reach of western civilization. The commercial influence of these city-states is evident in the fact that the Euboic scale of weights and measures was used among the Ionic cities generally and in Athens until the end of the 7th century BC, during the time of Solon.

The classicist Barry B. Powell has proposed that Euboea may have been where the Greek alphabet was first employed, c. 775-750 BC, and that Homer may have spent part of his life on the island. 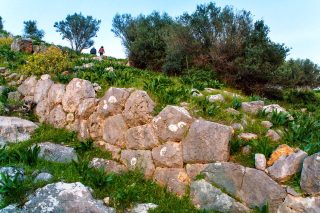 Chalcis and Eretria were rival cities, and appear to have been equally powerful for a while. One of the earliest major military conflicts in Greek history took place between them; known as the Lelantine War, in which many other Greek city-states also took part. Following the infamous battles of Thermopylae and Artemisium, Persian forces captured and sacked Athens, and also took Euboea, Boeotia, and Attica, allowing them to overrun almost all of Greece. In 490 BC, Eretria was utterly ruined and its inhabitants were transported to Persia. Though it was restored nearby its original site after the Battle of Marathon, the city never regained its former eminence.Both cities gradually lost influence to Athens, which saw Euboea as a strategic territory. Euboea was an important source of grain and cattle, and controlling the island meant Athens could prevent invasion and better protect its trade routes from piracy. 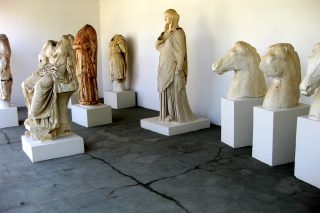 Athens invaded Chalcis in 506 BC and settled 4,000 Attic Greeks on their lands. After this conflict, the whole of the island was gradually reduced to an Athenian dependency. Another struggle between Euboea and Athens broke out in 446. Led by Pericles, the Athenians subdued the revolt, and captured Histiaea in the north of the island for their own settlement.

By 410 BC, the island succeeded in regaining its independence. Euboea participated in Greek affairs until falling under the control of Philip II of Macedon after the Battle of Chaeronea in 338 BC, and eventually being incorporated into the Roman Republic in the second century BC. Aristotle died on the island in 322 BC soon after fleeing Athens for his mother’s family estate in Chalcis.